While driving back into town after spending the day scouting a trailhead and shooting some long exposures of cascades I decided that it was time I headed back up the Squamish valley. I hadn’t visited since October, and was missing the quiet nights provided from being far from the busy minds of civilisation. You see, I’m really into dreaming, like as a hobby. This means I enjoy my nights best as far from people as possible so that their thoughts are less likely to interfere with my own energy fields. I have also found that the confluence of rivers have nice, clean energy. But that’s a topic for another post.

Arriving by night to my camp nearly 30km past the end of pavement, and even further from phone service I skillfully nestled the 2wd minivan I call home into a level position amongst spindly trees of fir and hemlock. My side door, which I consider the front door to my home, was positioned in front of a large fire pit with trees perfectly positioned for my routine tarp set up. As a matter of fact I was quite proud with my choice of camp sites and off-roading skills; even wishing a just little bit that I had someone else to appreciate it, but alas I was alone as usual. It was dry at camp, but had been raining to the south and I know well enough to always expect rain in a sopped in valley. Being someone who adores always outdoing my own camp setups I quickly threw on my headlamp and got to work. I started with my tarp as per usual, first the two points that attach to the van, then to the trees which really were perfectly positioned. My tarp was well hung, but in a heavy rain would pool, and that wasn’t good enough for me.  It needed a peak pole so I scouted out a nice 12’’ dead fir and kicked it down. The bottom 6’’ section was used to peak my tarp providing myself ample headroom while the top section of the tree was dismantled for firewood. This quickly lead to me dismantling two more dead trees of a similar size and stacking them in piles organized by size in preparation for the next nights fire. It wasn’t enough wood for a fire, but it was enough to get a fire going and dry more wood if it rained.

Satisfied with my camp preparations I engaged Frank in an hour of fetch before we cozied up in bed to enjoy reading ‘One Man’s Wilderness’ by candle lantern.  To live as close as I do with nature on a year round basis requires an active mind and body. One must observe the weather closely and be ready to jump into action. Preparation is essential for comfort and safety, and I wanted to guarantee a pleasant ‘day at home’ for Good Friday regardless of what the weather might bring. There were many more chores I wished to accomplish but it was time to enjoy the dark wilderness with only the rivers roar to influence my dreams.

It was the second night on my new bed foam, and I was as far away as one could dream. I down sized my bed from 6’’ of soft foam to 2’’ of higher density in order to help with hip pains and to simulate a more natural surface such as a bed of moss. Frank and I enjoyed a long morning of snoozing, cuddling, and the occasional pitter-patter of drizzle. Eventually noon rolled around and our chores could wait no longer.

Before anything else could happen in the day Frank and I needed to take a walk throughout the area to take note of firewood, bottles and garbage so we could plan our day during breakfast. It didn’t take us long to map out a foraging route and we were back to camp cleaning out the fire pit before breakfast. I removed a burnt camp chair, tent poles and duct tape choosing to pile the glass in what would be the hottest part of the fire that night.  While I waited for water from the river to boil I hung my new hammock, and before long I was enjoy some coffee in it. Reading ‘One Man’s Wilderness’ the night before made me crave hotcakes something fierce so I set out to create my own recipe. Being rather skilled at cooking myself I don’t use recipes or measure, instead just free styling everything. For those that prefer some guidance, here are some notes so that you too can enjoy delicious ‘Banana Apple Hotcakes’ in the wilderness or at home.  They were extremely delicious, naturally sweet, and protein rich.

Recipe for one person: 1) Mash ripe banana and beat in 2 eggs 2) Mix in a dash of salt and ~3/4 cup buckwheat or other flour or until thick. 3) ‘Water down’ with apple sauce until pancake consistency. 4) Add vanilla, cinnamon or other goodness to taste. I added hemp hearts for more protein 5) Cook & Enjoy!

Over the next couple hours Frank and I wandered through the rec site and surrounding forests foraging and photographing. I found interesting moss, mushrooms and other subjects on which to focus my macro lens while we filled our bags with ‘treasure’. It took a couple trips but we found an ample amount of dry, cut firewood that had been left behind by several previous campers. I take great effort to always gather my wood by finding scraps left behind or harvesting dead and downed trees. The effort helps to reduce fire hazard levels and ensures live trees are left to make oxygen for all to enjoy. We also found a lightweight axe which I will clean up, a garbage bag full of empties which equals money, and a grocery bag full of garbage. There is still plenty more to be cleaned up, but every piece removed from the backcountry counts.

Some shots from my time ‘foraging’

As we arrived home after our foraging mission the rain that had been mostly holding out let loose on us. For two hours it rained, the sound on the tarp threatened to send me for a nap but I barely managed to resist. Instead I kept Frank entertained with more fetch while I read, tidied, and slipped deep into daydreams of hot summer days climbing with sexy men.  I could have stayed under my tarp for many more hours, but the rain let up and I decided to try my hand at slacklining. The ground was uneven and rocky, so I choose the clearest path and set to work rigging the line. Unfortunately due to my broken hand I was not able to tighten the line enough it wouldn’t bottom out. Instead I put a bit of work into my chonga (a type of sit start for highlining) before deciding my environment and hand made for a sketchy situation. I didn’t mind though, the hammock was already hanging and I had at least tried. Once more the rain started up again, and we were back under the tarp for fetch and coffee. Frank and I don’t mind rain, we were having a great time and as the days light was drawing to a close so was the wetness.

The day ended exactly as I had hoped, with a dry night to enjoy a big fire to myself. Earlier in the day I had attempted to cut some kindling, but quickly learned that practising axemanship with a broken hand leads to blood. It didn’t matter though because as always I had gathered the right amounts of all the right sizes of wood in order to get my fire going flawlessly on the first try. Within an hour my little pile of twigs had turned into a mound of burning wood and my potato was happily baking away. Campfires are a great way to pass hours deep in though and add some variety to a one burner diet. My baked potato was mashed into a bowl of split pea soup along with a can of tuna creating a poor man’s chowder-esque dish which I thoroughly enjoyed fireside.

With a full belly my thoughts drifted back to the theme of the day, giving back. I wondered what our backcountry and recreation sites would look like if everyone who enjoyed days at the crag and bagging peaks pitched in the way I do. I imagined the example that could be set it all outdoor enthusiasts took time to undo the careless actions of others. Every piece of garbage that is picked up undoes a carless action. Within an hour a hundred careless actions can be undone and suddenly an impact is being made, by one single person! It’s so easy as ‘outdoorsy types’ to feel above those that litter, and to instead carry on conquering the challenge we have laid out for the day instead of slowing down to give back.  Living in a van I treat all wilderness as my own home, and so I clean up for my own satisfaction and for those that will come later. There will be more garbage, but I will continue to set aside time to give back and in doing so hopefully inspire others. Already my vanliving BFF has adopted this behavior putting all the money made from bottles into her chai fund. We all have ways we enjoy treating ourselves, and imagine how wonderful those treats are when they’re funded by good deeds.  So when people ask if I get bored all by myself in the van all the time the answer is no. When I’m not at the dog ranch, sending a project, or bagging a peak I’m probably taking it really easy and enjoying giving back. One of the greatest joys of a solo life is being able to enjoy it how I like; very often I choose to spend days like this instead of being ‘extreme’.

Never pass up a moment to make a positive contribution, every action adds up.

You DO make a difference. 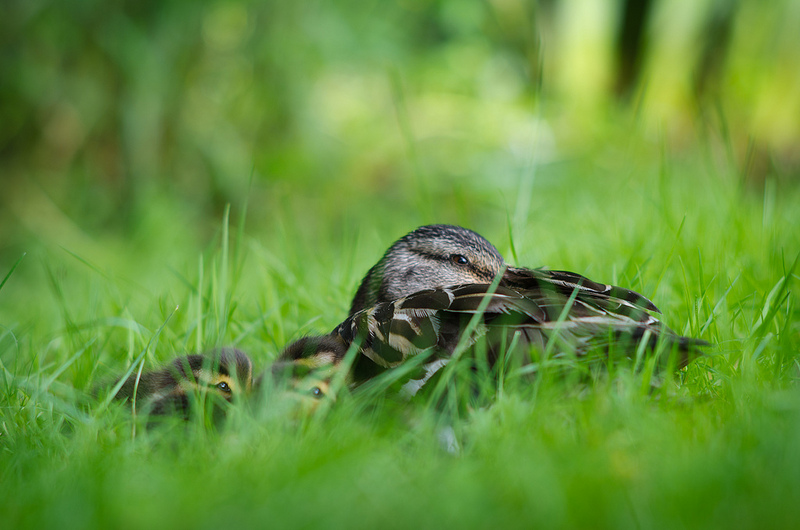 Simply Exploring and Doing Without