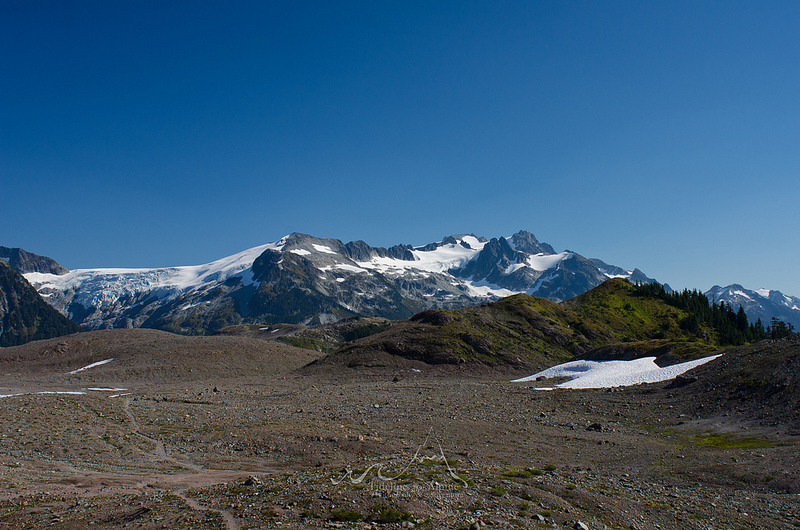 2012 brought us a long dry autumn in the Pacific Northwest and that meant excellent scrambling in the Coast Mountains.  Without hesitation I had responded to a post agreeing to take part in an attempt of Mamquam Mountain in Garibaldi Provincial Park. After extensive research and networking we were only certain of 3 things: this mountain was rarely summited on the first attempt, almost all successful summits were on skis in the spring, and we didn’t have any information on our chosen route from Mamquam lake during late summer alpine conditions.

We set out long before sunrise from the community of Valleycliffe in Squamish BC to the nearby trailhead of Garibaldi Provincial Park that leads to Elfin lakes by way of the Red Heather day shelter before heading onward through rougher terrain towards the remote Mamquam lake.  We covered ground quickly in high spirits enjoying photo-opportunities and mid-morning snacks at Elfin lakes; a popular destination for both summer and winter recreational activities. The trail was fast moving until reaching the descent into Ring creek, from here the trail is routinely washed out leaving only a sparse trail of footsteps to cross a steep and very loose slope. By the time we arrived the bridge to cross Ring creek had already been removed for the winter season, and we ate up time finding a cross able point. Later we learned the trail was being rerouted up the other side of the river to avoid trail washouts and removal of the bridge in winter. Beyond Ring creek we continued up the moraine towards Opal cone and across another 5km of austere terrain before the final grueling descent to Mamquam lake.

We made quick work of dinner and were in bed by sunset in preparation for our attempt on Mamquam. We woke and ate in the dark; leaving camp at first light to help guide us towards the mountain. Although there was no known summer route we were armed with a topo map, compass, GPS, and ample determination. We attempted to follow the winter route, but as quick as we left camp it was confirmed that we would not see a trail that day. We set off at a good  bushwhacking pace crossing through Eanastick meadows on the east before working our way south across the flank of Mamquam mountain. The terrain varied from swampy mazes of intertwined alders, to super steep heathered slopes, to grassy meadows filled with crytal clear streams, and horrible Devil’s club filled gullies. Around each corner we faced a new terrain or vegetation challenge while our objective grew further away. After 9 kilometers of nearly continuous bushwhacking we had made our way across the base of the mountain and were enjoying a proper meal within sight of rock and ice.

Turning back after so much bushwhacking, and no scrambling or glacier travel was certainly disappointing, but neither of us wished to be out past dark. We decided against retracing our steps in hopes for a quicker route back to camp; as a result we came across more objective hazards. At one point we found ourselves over our heads in Devils Club, downclimbing small cliffe bands covered in moss and dirt, and a piece of rotten earth gave out sending me sliding down a steep slope. I instinctually attempted to self arrest, but did not have a ice axe in hand as there was no snow and we were in the trees; luckily I was able to stop myself by grabbing onto a prickly bush. We were exhausted, running out of daylight, andwere not having much luck on the return bushwhack taking a longer path through the entangled and swampy Eanastick meadows. There were countless moments where I felt like sitting and crying, but then we would come round a corner to view a great mountain view or a serene meadow; once again becaming recharged with momemtum. We may not have suceeded at summiting but we were certainly going to succeed at making it back to camp before dark. The final couple hours were a pyysically and mentally demapding push, yet our perserverence was rewarded when we spotted out tent around the lake moments before headlamps became mandatory to travel. An excited rush of energy came over us, and we ran back to the tent collapsing on the ground before getting straight to work on preparing dinner.

Departing Mamquam lake was bittersweet the final morning. I had set myself an enormous goal and showed myself I was capable of so much more in the mountains than I had believed. The hike to Mamquam lake alone is worth the trip, passing past Rampart pond is a scene I will never forget, nor will I forget the incredible bonding experience I shared with my partner Dominique. I learned a lof about him, and even more about myself. Mamquam mountain will be there for another attempt, only next time I will try a different approach. 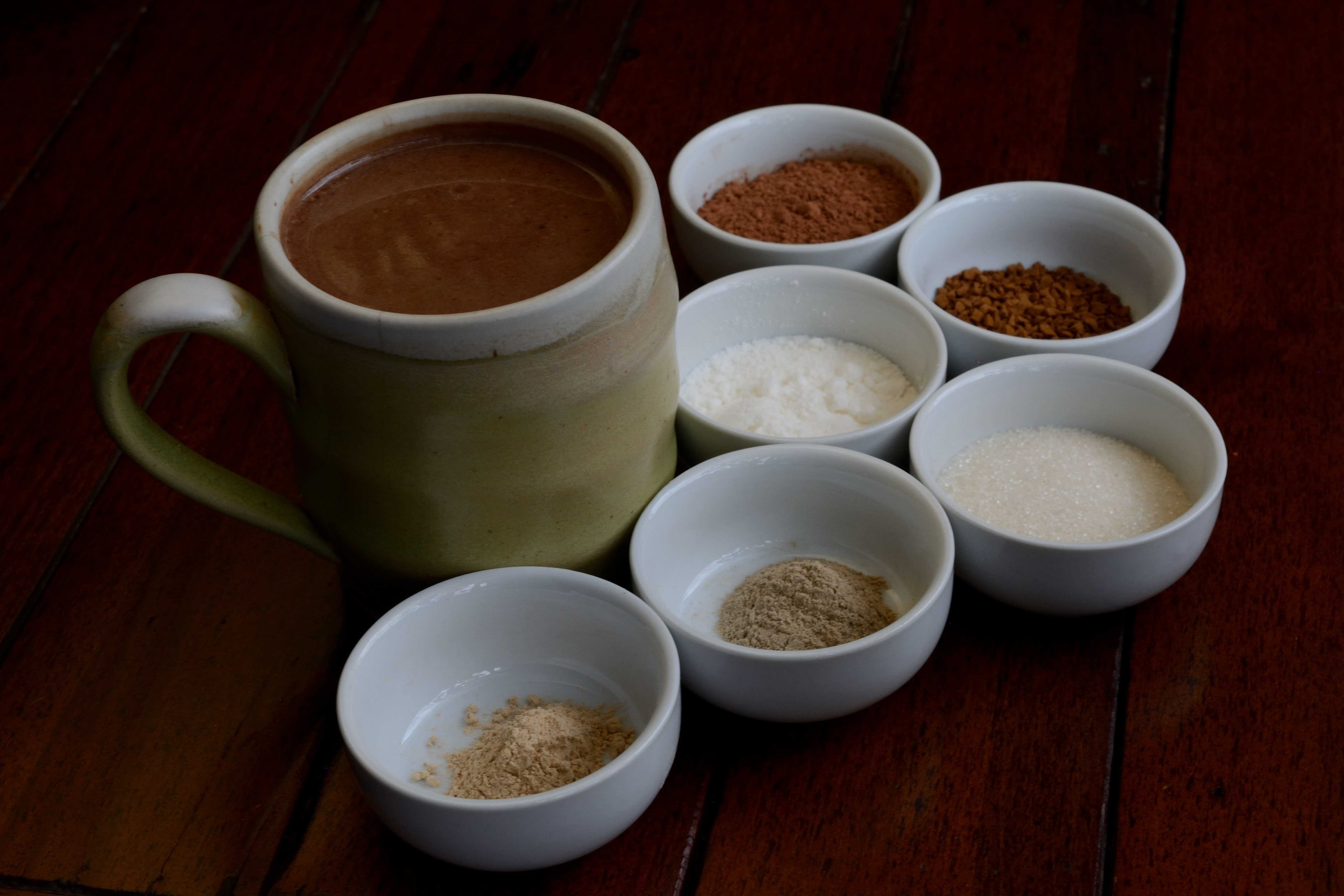 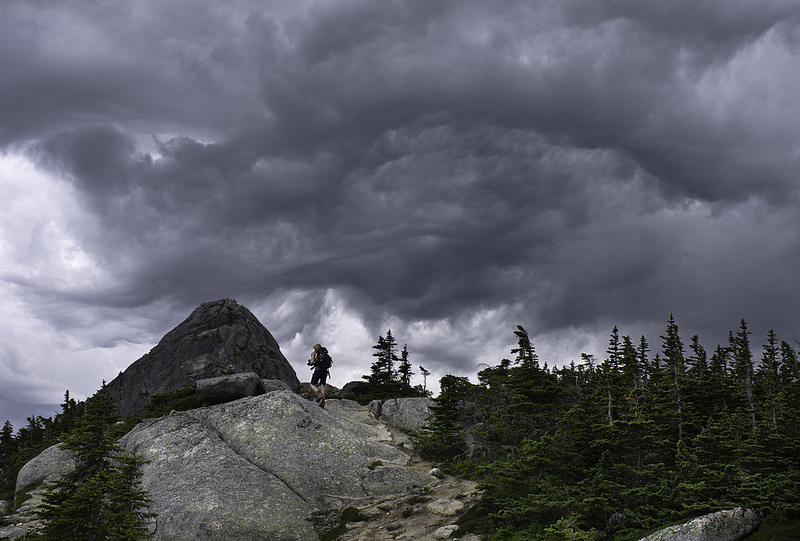